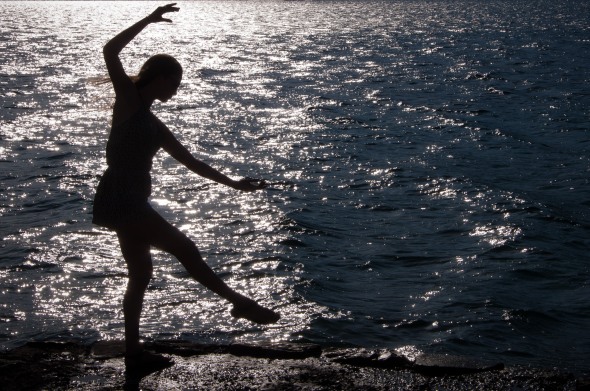 Goodnight Crete. Time to move on. 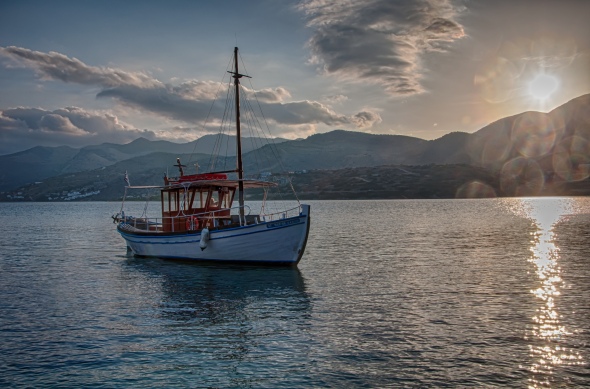 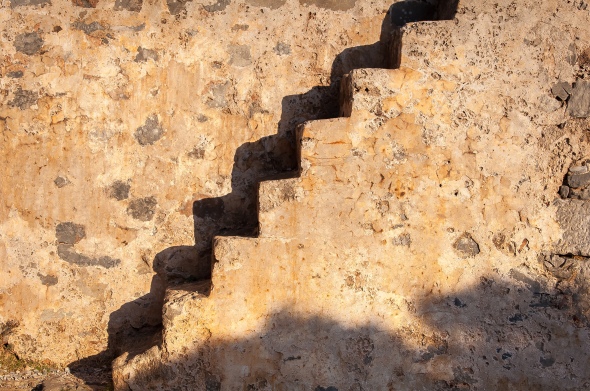 Spinalonga was one of the last active leper colonies in Europe. There were two entrances through the massive stone walls of the Venetian fortress: one main gate, and one tiny dark tunnel of an entrance on the side of the island that was not much higher than head height. This was the lepers’ entrance, known as “Dante’s Gate”.  Due to the slow curve in the entrance path, peering into the tunnel caused daylight to close into darkness, giving no clue as to what horrors lie ahead. What the arriving lepers soon found on the other side was food, water, shelter, and medical attention.

The fortunes of the lepers on the island took a turn for the better in the 1930’s when law student Epameinondas Remoundakis arrived and pressed the Cretes for improvements to the inhuman living conditions.  Soon, the “houses of Spinalonga were whitewashed after many years of decay, the road around the island was opened, an outdoor cleaning service was set up, a theatre and cinema were built, and classical music was heard from the loudspeakers in the street. People fell in love and were married on Spinalonga. They had children, some of whom grew up with them without ever catching the disease. They looked after one another, did any work they could to improve their lives, ran their own kafeneion and barber shop, and had their own church of St Panteleimon, with a brave priest who, though not a leper himself, volunteered to spend his life among the exiles. Life on the Leper Island began to be more like that they had left behind when they had been forced to leave their homes and move to Spinalonga”.

The Leper Colony of Spinalonga

Spialonga (Kalydon) is a Greek island in the Gulf of Elounda in north-eastern Crete.  The island has a long and turbulent history given its strategic location protecting the waters around the ancient city of Olous (Elounda), one of the most important towns on Crete between 3000-900 BC. In the 16th century the Venetians built the first bastion-type fortress on Spinalonga to protect the entranceway of the port of Olous. The fortress was key in helping the Venetians defend against the attacks of the Turks led by Barbaros Hayrettin Pasha, also know as the pirate Barbarossa. The island later fell to the Ottoman Turks, who held the island until 1903, after Crete won its independence

In  1903 a leper colony was established on the island. Cretans with leprosy were then rounded up from the caves where they had been forced to take refuge and sent to Spinalonga, where they received medical care, food, and shelter.  The leper colony was maintained for approximately 50 years, until soon after a cure for leprosy was discovered  in 1948 . The last of the lepers left the island in 1957. Approximately 400 people inhabited the colony during its era as a leper colony. 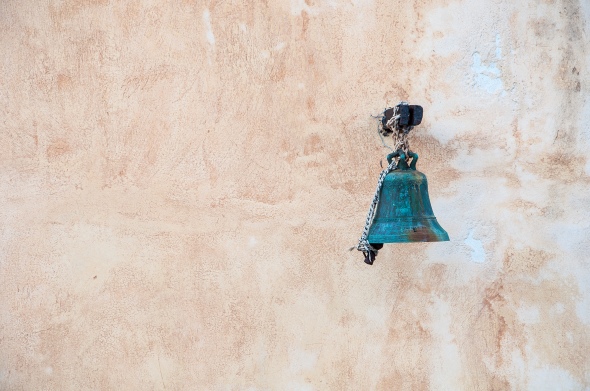 Bell on the  Church of St George on the island of Spinalonga, Elounda, Crete, Greece. The church dates back to 1661 AD.

Fall 2015 brings us to the Greek island of Crete. The tranquility of a cool sunrise is broken by the slow puttering of a traditional Caïque Greek fishing boat as it passes between the mainland town of Plaka and the island of Spinalonga in the Gulf of Elounda in north-eastern Crete.

Glimpse of the Aegean…

“Glimpse of the Aegean” was taken on the Greek  island of Santorini (Thira). I feel that this image helps me to visually express the tone and feeling of this wonderful place. The simple yet striking architecture all throughout the island perfectly compliments the rugged volcanic cliffs and visually blends with the amazingly clear-blue Aegean Sea.

I tend to search out holiday destinations that provide a little adrenaline boost, so I was a bit skeptical about visiting Santorini. What a fool I was…this was one of the most relaxing and recharging holidays I have ever had. Great wine, FANTASTIC food, great company, all capped off every night with breathtaking sunsets from our cliff-side patio. Highly recommended!!