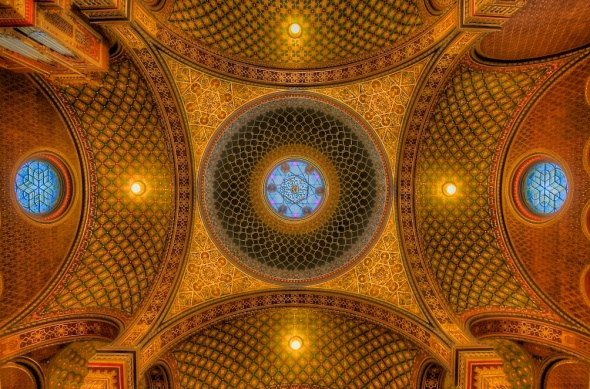 Dome of the Spanish Synagogue in Prague.

The Spanish Synagogue is a Moorish Revival synagogue built in Prague in 1868. The synagogue is most remarkable for the elaborate style of the interior, every surface is covered by elaborate Islamic-style polychrome and gilded patterns, some painted and some carved or molded. It was called the Spanish Synagogue for its impressive Moorish interior design, influenced by the famous Alhambra. During the Second World War, the Germans used the building as a repository for property taken from the Jews. The building underwent a restoration in the late 1990s,  and is currently owned by The Jewish Museum used as a museum and concert hall.